In 2001, The Georgia Association of Black Women Attorneys, Inc. and the Fulton County Juvenile Court, with the assistance of the Georgia Supreme Court’s Commission on Equality, began the Sister2Sister Mentoring Program® (“S2S”). S2S is designed to assist teen girls, many of whom have entered the juvenile court system, through adult mentoring and bi-monthly workshops/trainings. S2S workshop/trainings address topics such as: the importance of self-worth, practical ways to avoid negative peer pressure, health education, public speaking, and many more. In addition to its two workshops a month, S2S also offers academic assistance and ACT and SAT preparatory assistance for its student participants. S2S also partners with other community entities to host an annual free health and wellness fair for the Mechanicsville Community.

By introducing its students to the promise that their lives hold if they make positive choices, S2S encourages young women to continue their education, become leaders, and develop behaviors that will prevent future contact with the criminal justice system. S2S is operated entirely by volunteers that are committed to providing vulnerable young women with the tools they need to be successful.

Since its founding, S2S has assisted more than 1,000 young ladies. In 2007, the NCWBA recognized S2S with its Public Service Award. In 2015, S2S expanded to include a DeKalb County chapter to better serve young women throughout metro Atlanta. Last year, S2S worked with  approximately forty young girls, hosted more than thirty workshops, and partnered with the Center For Black Women’s Wellness to provided needed health services/education to nearly 200 children and adults. 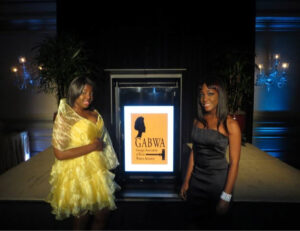 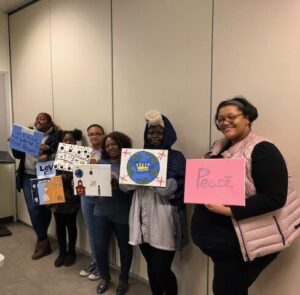 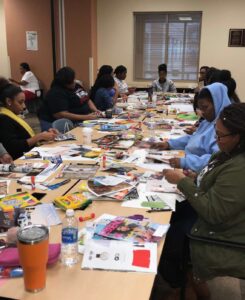 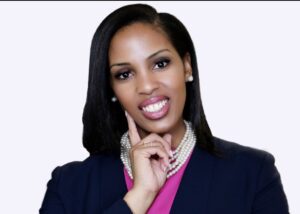 Denise A. Riley is a Staff Attorney to the Honorable Shalonda Jones Parker at the State Court of Clayton County. Prior, Denise was an Assistant Solicitor General in DeKalb County under the leadership of DeKalb County Solicitor General, Donna Coleman-Stribling. As a part of the Special Victims and Diversion Units Denise embodied the motto of the office by being a prosecutor who was victim-centered and community-oriented, who pursued justice and not just convictions and who offered solutions over problems. Before becoming a prosecutor, Denise was a criminal defense attorney and spent one year as an administrative law clerk for Presiding Judge Anne Elizabeth Barnes of the Court of Appeals of Georgia.

Denise has always had a heart for serving her community. She volunteers as a Co-Executive Director and Mentor with the Sister2Sister Mentoring Program®. She has been a mentor since 2015. Sister2Sister® is a Juvenile Court diversion program that focuses on developing vulnerable teen girls into responsible young women. Denise is also an active member of the Greater Atlanta Black Prosecutors Association where she serves as the Chair of the Fundraising Committee and is a 2014 graduate of Grassroots Leadership Institute Clayton. She is also a proud member of Delta Sigma Theta Sorority, Inc., Decatur Alumnae Chapter. 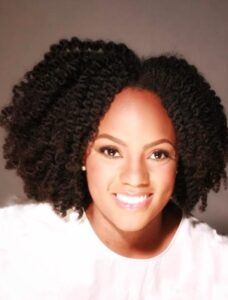 Tiffany has always enjoyed and shown commitment to community service initiatives. She has dedicated over ten years of service working with various youth focused organizations. Prior to joining GABWA and the Sister2Sister Mentoring Program, Tiffany has held leadership roles in other public and non-profit sectors. She has experience working on projects devoted to developing individuals, strengthening families and communities. 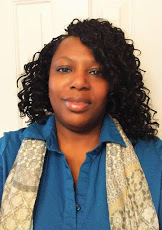 Michelle LeGrande is a Senior Assistant Attorney General for the State of Georgia, where she represents various state agencies.  She was born and raised in Brooklyn, New York. She received her bachelor’s degree from the University of Louisville and earned her Juris Doctor from Vanderbilt University Law School.

Michelle has been involved with the Sister2Sister® for five years. She believes that the right interaction at the right time can change someone’s life. That philosophy guides her to work with youth as well as volunteer with homeless, foster care, and community programs.

Audrey Lewis currently serves as the Chief Assistant Solicitor-General with the Clayton County Solicitor’s Office. Audrey graduated with honors from the University of Georgia in 2007 and subsequently attended the university’s School of Law. While at UGA, she was named to the National Dean’s List and listed as Who’s Who in America. After graduating law school, Audrey was sworn into the practice of law and began working as a criminal defense attorney at the Law Firm of Lister and Holt, LLC. She returned to the Augusta area to work in the Augusta Judicial Circuit District Attorney’s Office as an Assistant District Attorney. As a supervising attorney, Audrey handled serious violent felony cases with a particular interest in sexual assault crimes.

In addition to her duties as a prosecutor, Audrey served as a guest lecturer at the Rape Crisis Center.

Additionally, she is a dedicated member of the Georgia Association of Black Women Attorneys, the Clayton County Bar Association and the Junior League of Augusta. Audrey also served as the Co-Chair of the Inclusion in the Profession Committee for the Young Lawyer’s Division of the State Bar of Georgia. She was also named a member of the 2017 Leadership Burke Class, sponsored by the Burke County Chamber of Commerce. Audrey currently serves as a Program Director for Sister2Sister® in DeKalb. 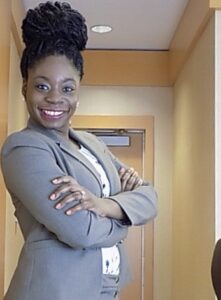 She obtained her Bachelor of Science in Criminal Justice at Georgia State University and a Master of Public Administration from American Military University.

In Nicole’s continued commitment of service to her community, she volunteers in her off time with various organizations. She joined Sister2Sister® in 2012 and was voted Mentor of the Year that same year. She became a Program Administrator with the program in 2013, and currently serves as a Program Director. Nicole is a founding member of the non-profit We All Value Excellence, and served on the board as the Vice President from 2016-2018. She is also a member of the Junior League of DeKalb County.

When she is not serving others, Nicole enjoys traveling to the beach as often as life permits, working out, spending time with her husband, family and friends. She loves music, concerts, plays, and cultivating her and her husband’s farm in Fayetteville, GA. Nicole plans to obtain her doctorate in the near future. 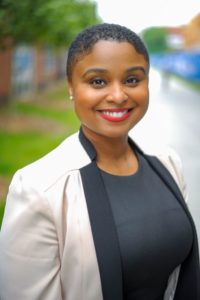 Mercedes G. Ball, Esq. is the Director of the Client Assistance Program of the Office of the General Counsel at the State Bar of Georgia. In this capacity, she leads the resolution of all informal complaints and certain formal grievances filed against attorneys licensed to practice law in Georgia.

Prior to her time with the State Bar, Mercedes served as a Child Advocate Attorney at the DeKalb County Child Advocacy Center where she holistically represented the interests of children that have been abused, abandoned, or neglected in civil court proceedings, mediations, panels, and administrative hearings. Before her work with DeKalb, Mercedes was a Lead Trial Attorney at a boutique Metro-Atlanta law firm where she exclusively represented indigent individuals in criminal proceedings.

Mercedes is driven by a commitment to improve her community through service. She volunteered as the Executive Director of the GABWA Foundation’s Sister2Sister Mentoring Program®, a DeKalb and Fulton County Juvenile Court diversion program that focuses on developing vulnerable teen girls into responsible young women, from 2013-2020. Mercedes is also an active member of the Junior League of DeKalb County where she served as the 2017-2018 Chair of the Community Projects Committee, the Vice President of the 2018-2019 Community Council, and the 2020-2021 President-Elect. In 2018, Mercedes founded the DeKalb Saturday Scholars Initiative, a literacy focused Saturday school, through a partnership with the Junior League of DeKalb and Oak View Elementary.

Additionally, Mercedes is a member of the DeKalb County Department of Family and Children Services Advisory Board. She is also a 2017 graduate of Emerging Leaders of DeKalb and a 2018 New Leaders Council Atlanta Fellow. Mercedes is the recipient of the 2019 University of Georgia School of Law Young Alumna of Excellence Award and the 2019 Junior League of DeKalb County President’s Award.

The Georgia Association of Black Women Attorneys nurtures, supports and galvanizes the power of Black women attorneys. Our members serve at all levels of the judiciary, and in city, county, state, and federal government. We also have attorneys in private practice who work as solo practitioners, small, medium and large firms and in corporations.